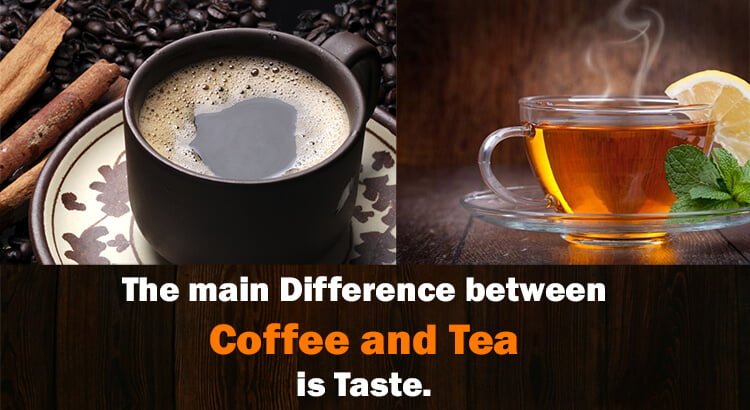 People who like drinking tea usually diminish all the positive effects of coffee and point out the superior taste of tea, and people who like coffee more tend to think tea is useless and unnecessary. We have to understand that even though these two beverages are different, they’re not simply “good” or “bad”. We can simply compare what one has and the other one doesn’t, and compare them in terms of what they do to our health. Then it’s up to the individual to decide which they like more.

Effects on Our Energy

The first aspect of comparison needs to be the effects these two have on your energy. We’re all well aware that coffee has twice the amount of caffeine that tea does, but does that automatically mean it wakes you up instantly? Not entirely, because they affect your energy levels differently. Although, the caffeine is the primary reason we drink coffee.

The difference is that coffee wakes you up right away, which is probably why we drink it as part of our morning routines. The caffeine is quickly absorbed, and you are ready for action just like that.

Tea, on the other hand, has a lesser effect on us as far as that quick jolt is concerned. It gives you more energy in the long run, instead. This is expected due to the aforementioned differences between the caffeine levels.

But let’s not forget that tea also has L-theanine along with the caffeine. Since L-theanine has anti-anxiety effects on your body, after drinking tea, you are awake but much more relaxed.

Whether you should drink one or the other depends on the situation you’re in. If you’re aiming for an immediate energy boost so you can tackle your daily obstacles, try coffee; but if your goal is to study for a few hours, for example, tea is definitely the way to go.

The second point of comparison which is essential for this age-old argument is the taste. You’d think that tea has coffee beat in a second, but that means that you’re forgetting the different options there are for serving coffee.

The main difference in the taste, though, is that coffee is more acidic. That’s to say that coffee isn’t entirely for everyone as those with more delicate stomach flora won’t take too lightly to it.

When talking about tea, we have to say that it’s full of antioxidants. The less the leaves are processed, the more antioxidants there are. Green tea is the richest of them.

As far as pure taste is concerned, you can try a lot of different herbal teas. These aren’t made from actual plant leaves, though. Instead, they’re made from different roots and plants. They don’t offer nearly the same nutritional value as the tea made from leaves, though.

Since the taste of each of these should come second to their effects, make sure not to add too many sweeteners to them, as it will beat the point of drinking coffee or tea for the health benefits.

Brew the Perfect Cup of Coffee

How to Make a Latte Art Heart with Coffee